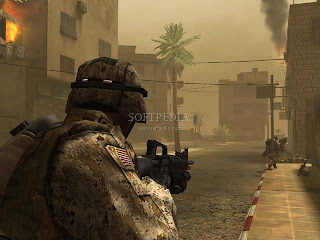 Slavoj Zizek ja konservatiivista eliittiä hännystelevän pseudofilosofin arkkityyppi Bernard-Henri Lévy väittelevät 16.9.2008, New York Public Library.
*
Here. I canvassed the criticisms here, and the uproar is especially relevant to the intellectual squalor abroad in Canada these days, which the "true left," as Žižek calls it, should not fail to notice. Context:

". . .I claim that jihadis are really motivated neither by religion nor by a Leftist sense of justice, but by resentment, which in no way puts them on the Left, neither "objectively" nor "subjectively." I simply never wrote that Islamic fundamentalists are in any sense on the Left--the whole point of my writing on this topic is that the "antagonism" between liberal tolerance and ethnic or religious fundamentalism is inherent to the universe of global capitalism: in their very opposition, they are the two faces of the same system. The true Left starts with the insight into this complicity.

A good example of how religious fundamentalism is to be located "in the context of the antagonisms of global capitalism" is Afghanistan. Today, when Afghanistan is portrayed as the utmost Islamic fundamentalist country, who still remembers that, 30 years ago, it was a country with strong secular tradition, up to a strong Communist party which first took power there independently of the Soviet Union? Afghanistan became fundamentalist when it was drawn into global politics (first through the Soviet intervention)."
*
Israel's Missteps with Palestine - Slavoj Žižek
(Zizek täydessä vauhdissa)
Slovenian philosopher Zlavoj Zizek accuses Israel of a "systematic" political effort to make life difficult for Palestinians, and blames the current Israeli/Hamas crisis on a mishandled approach to religious fundamentalism.This excerpt is taken from a debate between philosophers Bernard-Henri Lévy and Slavoj Žižek on the modern Left. For the complete video, visit: http://fora.tv/2008/09/16/Violence__t...
*
The Sublime Object of Ideology, London: Verso.
Left in Dark Times: A Stand Against the New Barbarism, 2008
http://transmontanus.blogspot.com/2009/01/slavoj-iek-magician-of-ljubljana.html
http://games.softpedia.com/progScreenshots/Battlefield-2-Blood-Mod-Screenshot-13502.html
Posted by Rauno Rasanen at 1:23 PM