Anarchy in the UK 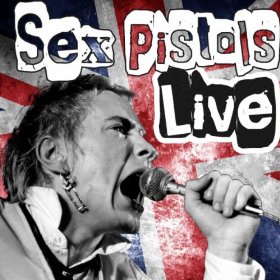 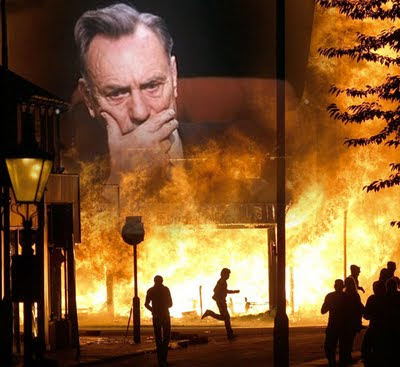 I
1
The Sex Pistols were an English punk rock band that formed in London in 1975. They were responsible for initiating the punk movement in the United Kingdom and inspiring many later punk and alternative rock musicians. Although their initial career lasted just two-and-a-half years and produced only four singles and one studio album, Never Mind the Bollocks, Here's the Sex Pistols, they are regarded as one of the most influential acts in the history of popular music.

2
In August 2011, widespread rioting occurred in parts of England. The riots began in Tottenham, North London, following a peaceful protest sparked by the fatal shooting of Mark Duggan there by officers of the Metropolitan Police Service on 4 August 2011. The ensuing looting, arson, assaults, muggings, burglary, robbery and disorder spread across London and to other areas of England, with the worst disturbances mostly centred on a small number of major cities

3
Dr. Frank Ellis is a former lecturer in Russian and Slavonic Studies at Leeds University, who was suspended for alleged racism. His opinion is that ethnicity could influence average intelligence levels and that black people have a lower average IQ than white people.

Re: An Open Letter to the Prime Minister Concerning his Statement (9th August 2011) on the London Riots

The pillaging, theft and other forms of degenerate behaviour which have blighted and polluted the streets of London and other English cities, and which at the time of writing still threaten us, arise from three distinct yet interconnected causes: the huge growth of a welfare state and with it the growth of a massive parasite underclass; mass, uncontrolled, non-white immigration; and the attack upon moral and intellectual standards.

If over decades it becomes possible to exist on transfer payments from those who work and pay taxes, any incentive to work is destroyed. I say “exist” but from a purely material point of view a life on transfer payments means that sexually delinquent women can have child after child at the expense of the taxpayer and receive all the means necessary to feed and clothe their children often from a whole series of fathers. These mothers and their children have no interest in education. They have been encouraged to believe that they have an entitlement to the fruits of other people’s labour.

Mass, uncontrolled, non-white immigration adds enormously to the problems already created by reckless welfare statism. Since so many blacks are unemployed and unemployable they are totally dependent on transfer payments (other people’s money). Blacks in these situations do not derive any sense of achievement from the pursuit of knowledge and self-improvement but from violence and rapine. The low-IQ horizons of the mongrel mob are betrayed by the objects they steal: electronic goods, trainers and alcohol. As always, these are the objects lusted after by la racaille. Remember the aftermath of Hurricane Katrina?

Over the last 40 years all levels of education, the public sector, and religious institutions such as the Church of England and government itself have been contaminated by moral and intellectual relativism. At first these institutions were themselves under attack: now they are the attackers and destroyers of decency; the purveyors of filth and lies; the supporters of degenerate behaviour; they have declared war on those who adhere to the notions of good and evil, who try to do the decent thing for themselves and their families. According to these pernicious doctrines there can be no right or wrong; there are no standards; there are no privileged perspectives; the victim is no better than the murderer. If some black commits rape or some other crime there is no shortage of various self-appointed experts, typically white, ready to concoct a whole range of implausible ad hoc explanations and justifications for criminal behaviour all of which are intended to weaken the burden of guilt. In fact, guilt has been rendered redundant. Being told that you are not responsible for your actions is a very attractive message for those who are none too bright and who are predisposed to steal, to rob, to rape and to mug (Of course, we all know that personal responsibility is a white prejudice).

By far the most damaging consequences of the attack on moral and intellectual standards are seen in the way the police react to crime committed by blacks and other non-white immigrants. This is a direct result of TheMacpherson Report and its Marxist attacks on the police and, indeed, on England’s other institutions. As an urgent practical and symbolic measure the government must publicly denounce the Macpherson Report: it is a viciously anti-white racist document. It had very little to do with ascertaining the way the police conducted a murder investigation. Its purpose was to intimidate and to demonise those who resisted the Neo-Marxist cult of multiculturalism and to impose the cult on the public sector. The effects of the Macpherson Report have been especially damaging on the middle and higher strata of the police where to voice any criticism of Macphersonism is to finish a career. So those that get promoted and rewarded are the careerists, those who know full well that the Macpherson Report is litany of anti-white hatred and filth but who go along with it because it is professionally rewarding for them to do so. These are the senior police officers who debase themselves by pandering to this thing called “the black community” rather than to make it quite clear that violence and lawlessness will invite a swift and ruthless response or who in the aftermath of the publication of the Macpherson Report grovelled and wallowed in self-incrimination in order to win favour with the Labour government. I also recall that William Hague accepted the recommendations of the Macpherson Report in full. Is that still the case?

Large areas of urban housing largely occupied by non-white immigrants – they are not communities in any normal sense of the word – cannot be rebuilt. True, buildings and infrastructure can be rebuilt – yet again – but a community requires trust and cohesion: multiculturalism destroys trust and cohesion. This is the inescapable conclusion of the latest set of riots and indeed has been obvious since the immigrant invasion started in 1948.

As an immediate response to rioters and looters, and in order to restore public confidence, the police must use lethal force. Rioters and looters who do not disperse when warned must be shot dead. Thereafter rioters and looters are to be shot on sight. Curfews must be also enforced. Violators are to be shot on sight. Innocent citizens caught up in the terrifying circumstances of rioting and trying to protect their loved ones, their livelihoods and property should be left in no doubt at all that they have the right – the obligation – to take all proportionate and reasonable measures, including lethal force, in order to defend themselves. All these measures can be communicated via the monopoly media and Internet. Clearly, given the extent to which the police have been rendered ineffective by the Left, or have in some circumstances colluded with their Marxist tormentors, no person in his right mind can possibly expect to rely on the police. Unless and until the police are permitted to free themselves from the ideological shackles of Macphersonism they will be remain part of the problem, an enemy of rational, fair but firm policing.

The ineffectiveness of the politically-correct police, the cowardly denials of the political class when confronted with the repeated, savage failures of multiculturalism and the white man’s failure to defend himself and his ancient land, all bode very ill for England. Have we, the English, now reached the moment of reckoning? Do we finally relinquish control of England to the Third-World masses that have been permitted to swarm into our country and whose every base action is defended by white Quislings or will we fight back?

We have to face up to the fact that England cannot ever regain her composure, her sense of being at ease with herself, if large numbers of non-whites are permitted to remain here, never mind the ones who continue to enter this country. In addition to the measures I recommended to you earlier in the year (see my letter dated 9th February 2011) I would suggest that every consideration be given to encouraging repatriation by generous resettlement grants.

My own view is that if certain measures are not taken, and taken soon, the risk of a race/civil war in England rises dramatically. Various scenarios are possible: the manipulation of black rioters to destabilise the cities with the aim of causing massive economic damage; and luring the police during a riot into pre-planned ambush zones, with the aim of killing as many police officers as possible by means of small arms and explosives. Such developments would not, I believe, remain uncontested by the white indigenous population. The rise of an English National Liberation Army (ENLA) inspired, in part, by the IRA and Protestant groups is a real possibility. Something of a joke in the 1950s and 1960s, the IRA was reborn with zeal and a sense of mission in 1968/1969. The rest is history. You would be ill-advised to discount the possibility of its happening in England.

I am an anti-christ
I am an anarchist
Don't know what I want but
I know how to get it
I wanna destroy the passer by cos I
I wanna be anarchy!
No dogs body!

Anarchy for the U.K it's coming sometime and maybe
I give a wrong time stop a traffic line
your future dream is a shopping scheme
cos I, I wanna be anarchy!
In the city

How many ways to get what you want
I use the best I use the rest
I use the enemy
I use anarchy cos I
I wanna BE anarchy!
The only way to be!

God save the Queen
she ain't no human being.
There is no future
in England's dreaming

Oh God save history
God save your mad parade
Oh Lord God have mercy
all crimes are paid.