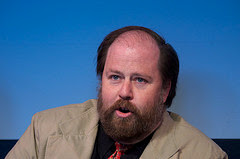 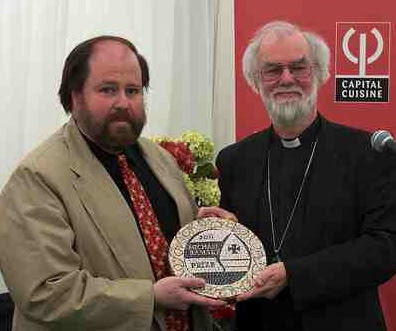 Speaking about the winning entry, Dr Williams said it 'takes no prisoners in its response to fashionable criticisms of Christianity'.

On receiving the prize David B. Hart said:

'Needless to say the honour is very great. For me, it lies especially in the name of the prize – as I have such a high regard for Michael Ramsey – and in its being conferred by the current Archbishop of Canterbury – whose work is among the richest theology being written in English today'

In his book David B. Hart outlines how Christianity transformed the ancient world in ways we may have forgotten: bringing liberation from fatalism, conferring great dignity on human beings, subverting the cruelest aspects of pagan society, and elevating charity above all virtues. He then argues that what we term the 'Age of Reason' was in fact the beginning of the eclipse of reason's authority as a cultural value. Hart closes the book in the present, delineating the ominous consequences of the decline of Christendom in a culture that is built upon its moral and spiritual values.

Dr Williams described David Bentley Hart as 'a theologian of exceptional quality - but also a brilliant stylist. This book takes no prisoners in its response to fashionable criticisms of Christianity. But what makes it more than just another contribution to controversy is the way he shows how the most treasured principles and values of compassionate humanism are rooted in the detail of Christian doctrine. I am pleased that we have identified a prize winning book that is so distinctive in its voice. It is never bland. It will irritate some, but it will also challenge and inspire readers inside and outside the church. No one could pretend after reading this that Christian theology was lacking in intellectual and imaginative force or in relevance to the contemporary world.'

The winner, who will receive a prize of £10,000, was announced at a gala lunch in the presence of Archbishop Rowan Williams, the Michael Ramsey Prize judges and 150 guests.

The Michael Ramsey Prize is intended for theological writing which, by freshness and originality, somehow changes the theological landscape, and also serves the needs of the Church; not by being safe or orthodox, or by reinforcing the Church's institutional life – but by giving people something with which to nourish themselves and to enrich their lived Christian experiences.

For more information about the Michael Ramsey Prize visit http://www.michaelramseyprize.org.uk/