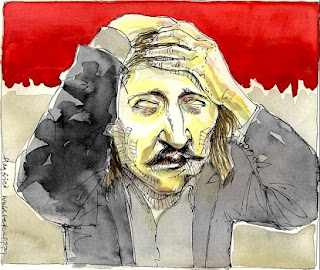 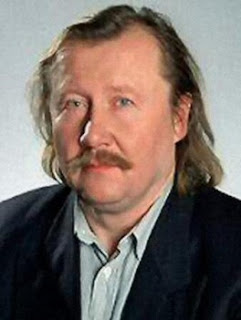 The German philosopher Peter Sloterdijk has waded into the controversy surrounding German Central Bank executive member Thilo Sarrazin with an open defence of racist remarks made by Sarrazin in an interview published in a prominent European cultural magazine.

Thilo Sarrazin is a long-time member of the Social Democratic Party and was for a number of years finance senator in the SPD-Left Party Senate coalition in Berlin. Just a few months after his appointment this past summer to the executive committee of the German Central Bank, Sarrazin unleashed a tirade against the poor, the socially deprived and, in particular, immigrant communities in Germany. His interview appears in the latest edition of the cultural magazine Lettre International. (See: “The racist outburst of German Federal Bank executive member Thilo Sarrazin”).

The World Socialist Web Site article noted that in his magazine interview, Sarrazin employed racial stereotypes and “language usually associated with far-right parties… to stir up hatred against the most vulnerable layers of society—the unemployed and poor—and, in particular, against Turkish and Arab residents.”

In his interview, Sarrazin combined racist agitation against foreign “conquerors” with anti-Semitic clichés. He declared: “The Turks are conquering Germany in exactly the same manner as the Kosovars conquered Kosovo: by a higher birth rate. I could accept that when it applied to East European Jews with around a 15 percent higher IQ than the German population.”

Now Sloterdijk, a well-known philosopher and media personality, has publicly defended Sarrazin’s views. In an interview for the forthcoming edition of the German political magazine Cicero, Sloterdijk lambastes those criticizing Sarrazin as opportunists.

“One would think that the circle of German opinion-makers has turned into a cage of complete cowards who complain and chivvy against any deviation from the norms of the cage,” Sloterdijk declares. He goes on to assert that Sarrazin had merely drawn attention to the “undeniable existence of a lack of will to integrate by certain Turkish and Arab milieus in Berlin.”

According to Sloterdijk, even the head of the German Central Bank, Axel Weber, demonstrated that he was not “immune from the plague of opportunism” because Weber made some criticisms of Sarrazin’s remarks after their publication. (In fact, Weber had seen Sarrazin’s text and did nothing to prevent its publication). Sloterdijk concludes that the criticism of Sarrazin’s views by various media commentators shows how “deep we have sunk into the linguistic mire.”

The disingenuous attempt by Sloterdijk to intimate that the debate over the comments made by Sarrazin involves some sort of “linguistic confusion” is absurd. There can be absolutely no confusion over the terms used by Sarrazin.

Anyone familiar with the ideological evolution of Sloterdijk will not be entirely surprised by his comments. Nevertheless, the speed and bluntness with which he has intervened to give his support to Sarrazin are remarkable.

Sloterdijk (62) is currently chancellor of the University of Art and Design in Karlsruhe. He appears frequently on German television, espousing his opinions on a wide range of contemporary ideological and cultural issues.

After completing his university studies, Sloterdijk spent the years between 1978 and 1980 studying under the Indian mystic Bhagwan Shree Rajneesh—a period he has subsequently described as having “irreversible” importance for his later writings. Sloterdijk began publishing a series of essays and philosophical works and first came to wider public attention in 1983, with the publication of his Critique of Cynical Reason (Kritik der zynischen Vernunft).

In this book and subsequent ones, Sloterdijk eclectically draws from the ideas of German thinkers such as Friedrich Nietzsche and Martin Heidegger and from prominent representatives of German critical theory in the twentieth century such as Max Horkheimer and Theodor Adorno.

Sloterdijk declares that Enlightenment values in modern times have degenerated and been reduced to “enlightened false consciousness.” “Enlightenment attempts to understand and improve the world have been nullified by the atrocities committed in the twentieth century.” No consistent, materialist analysis of the world and society is possible—all we are left with are shards.

Modern disillusionment in the Enlightenment ideals of rationality, science, equality and justice has grown over into cynicism, he asserts. In the opening chapter of Critique of Cynical Reason, Sloterdijk makes clear that one of the prime candidates for his designation of “enlightened false consciousness” is Marxism.

In line with his rejection of scientific method and historical analysis, Sloterdijk is under no obligation to prove his thesis. He himself says his book should not be taken too seriously.
Adopting the “playful stance” of post-modernist thinkers, he declares his work to be “a labour of entertainment, diversion, amusement: not so much work as relaxation.” The traditional rigours of philosophical thought are dissolved into air by Sloterdijk, who seeks to “reintegrate the truth capacity of literature, satire and art with that of scientific discourse.”

There is not a single original idea to be found in the verbose and self-indulgent arguments that run throughout Critique of Cynical Reason. Not surprisingly, Sloterdijk’s excavation of the Enlightenment concludes that its logical endpoint is the Christian tradition of unhappiness and the nuclear bomb.

Even here, Sloterdijk merely regurgitates the world-weariness and pessimism of one of his mentors, Theodor Adorno, who wrote, “No universal Theory leads from savagery to humanitarianism, but there is one leading from the slingshot to the megaton bomb…”
Purporting to reveal the Enlightenment path, which ends in cynicism, Sloterdijk merely provides a rationale for a cynical outlook.

Sloterdijk’s work, including his swipes at both Marxism and post-1968 “political correctness,” found an appreciative audience in the 1980s amongst a layer of middle-class ex-radicals who had tossed aside their left-wing political and ideological views of the 1960s to concentrate on furthering their own careers and making money.

For some time, Sloterdijk’s own social and political opinions remained buried in the morass of his dense and obtuse texts, but clear signs of a rightward radicalisation of his position emerged in a number of his works written at the cusp of the new century.

In his book Rules for the Human Park (Regeln für den Menschenpark, 1999), Sloterdijk pleaded for an intensified discussion on the implications of genetics and such notions as the regulation of “bio-cultural” reproduction. Sloterdijk’s book caused a controversy for pushing the issue of genetics into the spotlight of public debate for the first time since the crimes committed by the Nationalist Socialists in the name of racial selection.

In Rules for the Human Park, Sloterdijk poses the question whether it is the philosopher’s role to devise “rules for the human park” directed towards the “breeding of elites.” He does not directly answer his own question, but in the book comes down firmly in favour of the Greek philosopher Plato’s vision of a rigidly ordered society based on a dictatorial government drawn from an elite, which exercises absolute control over the population.

In his book Anger and Time (Zorn und Zeit, 2006), Sloterdijk is more explicit in his illiberal views. Sloterdijk declares rage and anger to be the decisive driving forces of human motivation and social action throughout history. He goes on to provide a list of organisations and institutions which, in his opinion, nefariously and illicitly canalise anger. This list of so-called “anger banks” includes revolutionary movements, protest parties, trade unions and religious communities.

At a time when leading politicians, intellectuals and media outlets in Western capitalist countries are warning of a “clash of civilisations” and advocating a new crusade against militant Islamism, Sloterdijk speculates in Anger and Time whether Islamism will take the place of communism in absorbing the “surplus of genocide-willing young men.” He prepares the reader for what he describes as an imminent prospect: “immense conflicts (. . .) which without exception will be instigated by anger collectives and offended civilisations,” and goes on to describe radical Islamism as a “desperate movement of economically superfluous and socially unusable individuals.”

Clearly siding with those seeking to demonise Islamism in the wake of the Iraq war, Sloterdijk is now increasingly turning to Germany itself. In a series of recent comments and interviews, he has castigated the German welfare state system as a form of society, which encourages kleptocracy—theft by the masses.

In the conservative FAZ newspaper in June, Sloterdijk condemned the progressive income tax as “functionally equivalent to socialist expropriation” and referred to a “tendency to reverse exploitation.” The “unproductive,” he claimed, were living at the expense of the “productive,” i.e., top earners and entrepreneurs. He went on to call for the abolition of “obligatory taxes” and for a “revolution of the giving hand,” i.e., a revolution from above aimed at putting an end to the thieving (kleptocratic) tendencies of broad layers of the population.

Sloterdijk’s social Darwinist blathering against the German welfare system, which was developed in the period following the Second World War and has since been significantly undermined by successive German governments, echoes the rants against the poor, sick and disadvantaged by the English bourgeois sociologist Herbert Spencer in the second half of the nineteenth century.

Sloterdijk speaks for a social layer—including an appreciable layer of former middle-class radicals—which fought its way to the top in the 1970s and 1980s. Radicalised to the right by the collapse of the Soviet Union, and in many cases able to make fortunes during the stock market boom at the end of the 1990s, this layer is determined to hang onto its wealth and social privileges at any cost. This process of rightward radicalisation was encouraged by the SPD-Green government of 1998-2005, which opened the sluices for entirely new forms of speculation and wealth for the banks and the rich, while hacking away at the welfare state.

This layer received a shock in the financial crisis of last year, which had major repercussions for their portfolios. Now, however, with the election of the new right-wing coalition in Germany between the conservative union parties and the free market Free Democratic Party, it feels fresh wind in its sails. Sloterdijk is speaking out on their behalf and calling for a revolution from above based on the racist nostrums of a rabble-rouser such as Thilo Sarrazin.

Just over a century ago, the Russian revolutionary Leon Trotsky characterised similar social layers in Germany, who, in the midst of the so-called Golden Age of German imperialism, were avid followers of the philosopher Friedrich Nietzsche.

In his essay on the German philosopher, Trotsky notes that Nietzsche is “the ideologist of a group living as predators at the expense of society but under happier conditions than the poor lumpen-proletariat: the parasite-proletariat of a superior calibre… what ties together all the members of this ill-sorted estate of bourgeois knighthood is… plunder on an immense scale of social wealth without any (we are anxious to underline this) systematic participation in the organised process of production and distribution.”

Sloterdijk is now openly offering his services as spokesman for these modern-day parasites of “offended civilisation” and appealing to the most right-wing and fascistic political forces for a mobilisation aimed at suppressing the working population and the struggle for socialism in the forthcoming “immense conflicts."
*
http://www.wsws.org/articles/2009/oct2009/slot-o26.shtml
*
http://www.google.fi/search?sourceid=navclient&ie=UTF-8&rlz=1T4PCTA_enFI299FI299&q=slavoj+zizek
*
http://woldhek.nl/image/show/618-peter-sloterdijk-1
http://www.psp-tao.de/interview
http://www.ict.mic.ul.ie/websites/2002/Aisling_OMahony/The%20symbols%20of%20Hinduism.htm
Posted by Rauno Rasanen at 3:39 AM

every breath u take contains atom that was breth by marilyn Monroe http://www.marcuschown.com/quantumintro.htm

"I teach you the overman. Man is something that is to be overcome. What have you done to overcome him?" n